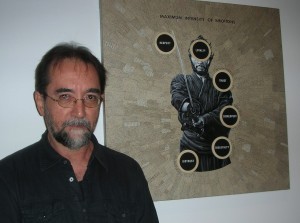 He was born March 3, 1957 in Havana, Cuba. He is a Cuban artist specializing in painting, drawing, sculpture, collages, and photography. Since 1993 he has resided in Miami, Florida.Ruben Torres Llorca’s piece “Without news from Havana” , portrays Bette Davis as a reference to the havana from the 50’s and since then, there are no news from the havana of those times. Those who left first, haven’t heard from the havana they left …..In the black circles there are the names of the different neighborhoods from havana that are popular.During his trip to Mexico in 1985, Torres Llorca was so impressed by the country’s Baroque architecture and traditional arts and crafts that his later works focused on sculptures of vast spatial conception, intended as an emphatically anthropological communication with the viewer. 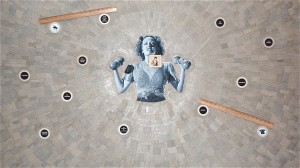 (Without news from Havana)