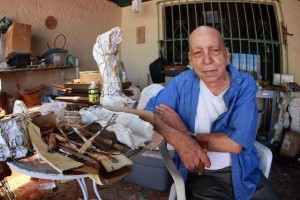 Roberto Estopiñán, a sculptor, draftsman, and printmaker, was born in Camaguey, Cuba on March 18, 1921. In 1961, the artist moved to New York, where he resided until 2002. Since the 1980s, he has been involved with the female torso as his favorite expressive form. The artist recently retired to Miami, FL.Estopiñán has always been on a quest for a pure, essential form that he can load with content. He best demonstrates this quest with the obsessive use he has made of the female torso as his subject since 1978. This is an iconic subject found behind many manifestations of Western art, and of other arts as well. There are hundreds of variations on this theme in the hands of Estopiñán alone, but no two of them are alike. He revises, adds, subtracts, and transforms this essential female form in countless ways.” 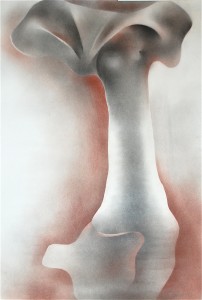