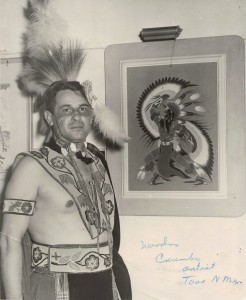 Woody was born in Lexington, OK and was orphaned at a young age due to the death of his parents. He was taken in by various Native American families in the Sand Springs, OK area and attended school there. When he was 17, he began studying art at the Chilocco Indian Agricultrual school, where he also learned to play the ceremonial wooden flute.  During his art studies, he supported himself financially by touring the U.S. as a Native American dancer and sold his artwork during his travels. He curated a collection of Native American art at the Gilcrease Museum in Tulsa, OK. They later used his Peyote Bird painting as the museum logo. 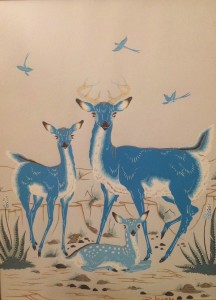 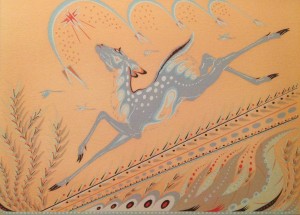