Born in Cuba and living in Mexico since 1991, Luis Miguel Valdes Morales is one of the artists who has supported both the creation and the dissemination of printmaking in Mexico, Cuba and other countries, and has also been developed in the paint and sculpture.From 1961-1965 he studied at the School of Visual Arts Workshop of Pinar del Rio, Cuba, where courses in painting, drawing, engraving and sculpture he made. From 1965-1969 he studied at the National School of Art in Havana, Cuba, specializing in Painting and Printmaking. 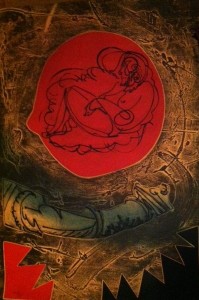