Born in 1970, He resides in CubaThe son of a carpenter and a visual arts teacher who rigorously taught him his first notions about drawing. By 2001, Kcho was already a champion in the “heavyweight division” of Cuban artists, with works exhibited in important museums and collections worldwide. His incessant production of sculptures, drawings, engravings, and even jewelry traverses a steady repertory of imagery: boats and rafts, oars and propellers, mobiles, infinite columns, docks, unorthodox assemblages. The artistic career of this Isle of Pines native seems to be driven exclusively by his inner need for expression, on principles that he apparently shares with Amelia Peláez, a modern Cuban artist from the past century: “She moved towards the future, but constantly looked for references in her own past; time and again, she would take up motifs or approaches she had not exhausted, and include them in the dominant direction of her work, which could then turn into an all-encompassing spiral, or veer off in a sort of momentary arabesque, only to return afterwards, enriched, to its primary course… 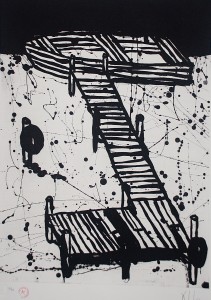 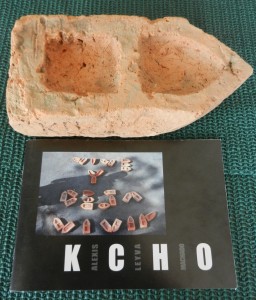