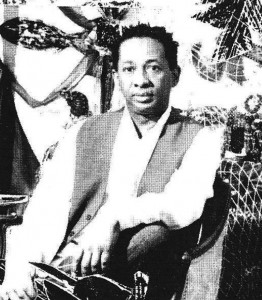 Boza was born in Camaguey, Cuba in 1941. He was a gay Afro Cuban artist specializing in painting, drawing, engraving and graphic design. His prints are fluid and confident. He moved to Havana in 1959 in order to study at San Alejandro. He was expelled from San Alejandro due to “political issues” and became a lithographer in 1965. Boza was fired as a result of the Congress of Education and Culture which convened in 1971 and led to the censorship of many artists in Cuba. In the years between 1971 and his exodus from Cuba in 1980 Boza restored religious statues to earn a living. In 1980 Juan Boza managed to escape Cuba to New York via the Mariel boatlift. Boza described New York as a “tremendous shock” and upon arriving in New York “had to re-build Juan Boza from scratch.” Boza began developing an Afro-Cuban theme that he realized was part of his culture after leaving Cuba. According to Jaun Boza, “There is no distinction between my faith and my aesthetics.”
Juan Boza Sanchez died in NYC in 1991. 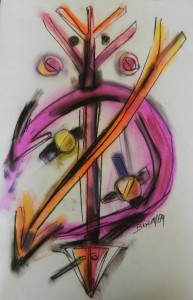 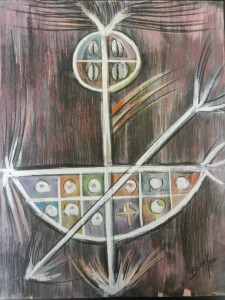 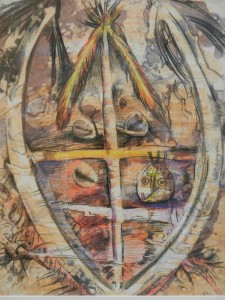